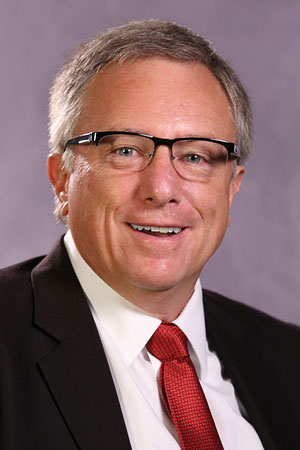 Panichella was recognized for his successful commitment to building an entrepreneurial leadership platform at multiple large specialty chemical companies. This includes his previous success at Ashland Specialty Ingredients to enhance core technologies with new product investments, adding adjacent technologies, developing infrastructure to support growth in emerging markets and reducing costs in manufacturing operations. At Solenis, he continues to focus on bringing innovative products and platforms to the critical area of water treatment.

The Winthrop-Sears Medal for Entrepreneurial Achievement is presented each December at The Chemists' Club annual Egg Nog Party held at the New York Academy of Sciences. The award was established in 1970 to recognize individuals who, by their entrepreneurial achievement, have contributed to the vitality of the chemical industry and the betterment of humanity. The medal is named in honor of two of America's earliest chemical entrepreneurs, John Winthrop, Jr., son of the first Governor of the Massachusetts Bay Colony and considered the first chemist in America, and John Sears, creator of the Massachusetts salt industry.

"At Solenis, I'm privileged to work with some of the most talented people in the chemical industry, professionals who, each day, take an idea or a customer need and put that need together with a molecule to create a solution," Panichella said. "In honoring me today, you honor the innovations and accomplishments of all the people of Solenis."

Founded in 1898, The Chemists' Club is open to anyone with an interest in the chemical sciences, including students. Members include chemists, chemical engineers, chemical industry management, consultants, financial analysts, attorneys, and other professions, including academia.

<div class="line">&nbsp;</div> <h2>About Solenis</h2> <p>Solenis is a leading global producer of specialty chemicals focused on delivering sustainable solutions for water-intensive industries, including the pulp, packaging paper and board, tissue and towel, oil and gas, petroleum refining, chemical processing, mineral processing, biorefining, power, municipal, and pool and spa markets. Owned by Platinum Equity, the company&rsquo;s product portfolio includes a broad array of water treatment chemistries, process aids and functional additives, as well as state-of-the-art monitoring and control systems. These technologies are used by customers to improve operational efficiencies, enhance product quality, protect plant assets, minimize environmental impact and maintain healthy water. Headquartered in Wilmington, Delaware, the company has 48 manufacturing facilities strategically located around the globe and employs a team of over 6,400 professionals in 120 countries across five continents. Solenis is a 2022 US Best Managed Company.</p> <p>For additional information about Solenis, please visit <a href="https://solenis.com/en/">www.solenis.com</a> or follow us on social media.</p>

The meeting place for the tissue and personal care industry.

A main event of the pulp and paper industry in Colombia.